As a "fine art" wedding photographer, I capture in a bright and elegant fashion the moments that are important to you. I am constantly looking for smiles and knowing glances, hunting for these little details that make the big events. I am a discreet and I listen to your wishes. I offer a bespoken service.

I have to confess that in August 2019, I was intimidated about taking pictures of Astrid (Ellen Art Modèle): not only was it the first styled shoot I was organizing, but Astrid had been crowned as Second Runner-up Miss to the Parisian Region Ambassador on that very same year. One could feel it in her self-composure. I was impressed by the elegance with which she was walking, the way she moved. Besides, Astrid had been particularly nice, since she offered to be my model when I was looking for someone in emergency after my initial model stepped down. She also offered to make her own hair and make up.

On the styled shoot morning, the sky was bright. Its pale pink shades announced a hot day. The Louvre palace, the Pont des Arts, the banks of the Seine, and the Palais Royal all offered us an exceptional frame for shooting. The sublime bouquet of flowers made by Pauline from Lilas Bohème – I would not hide it, I’m fond of eucalyptus! –had everything it takes to underline Astrid’s ethereal charisma. 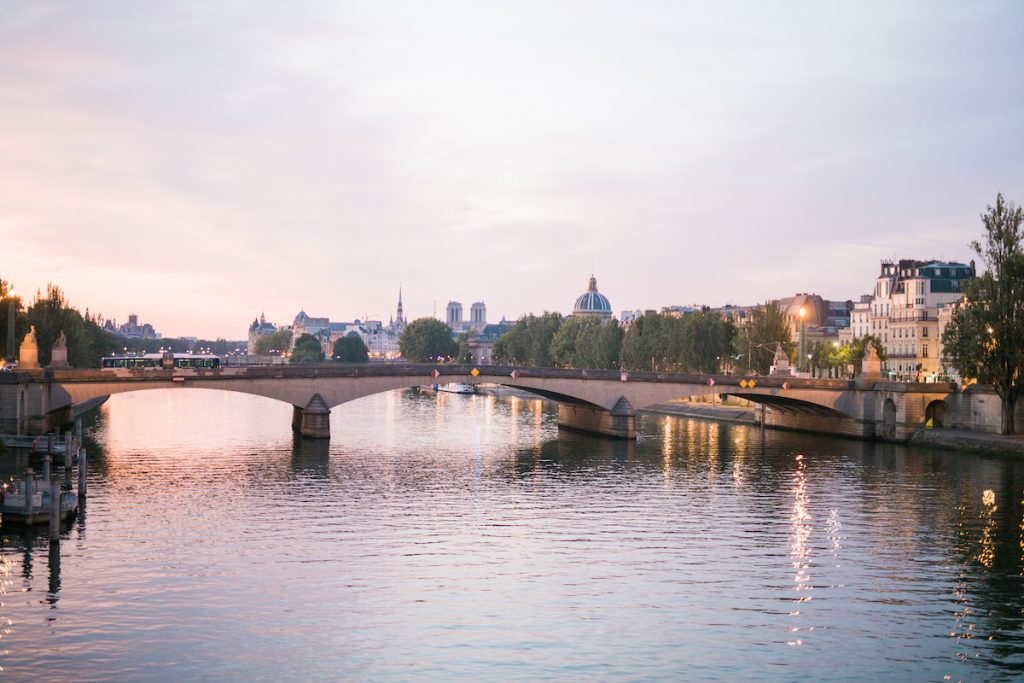 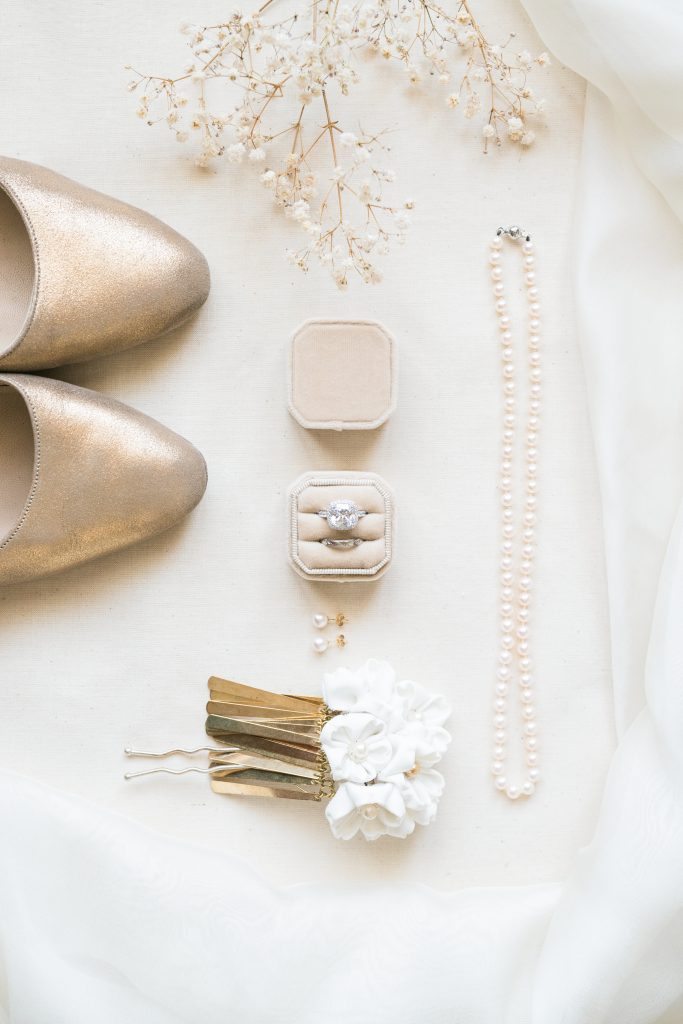 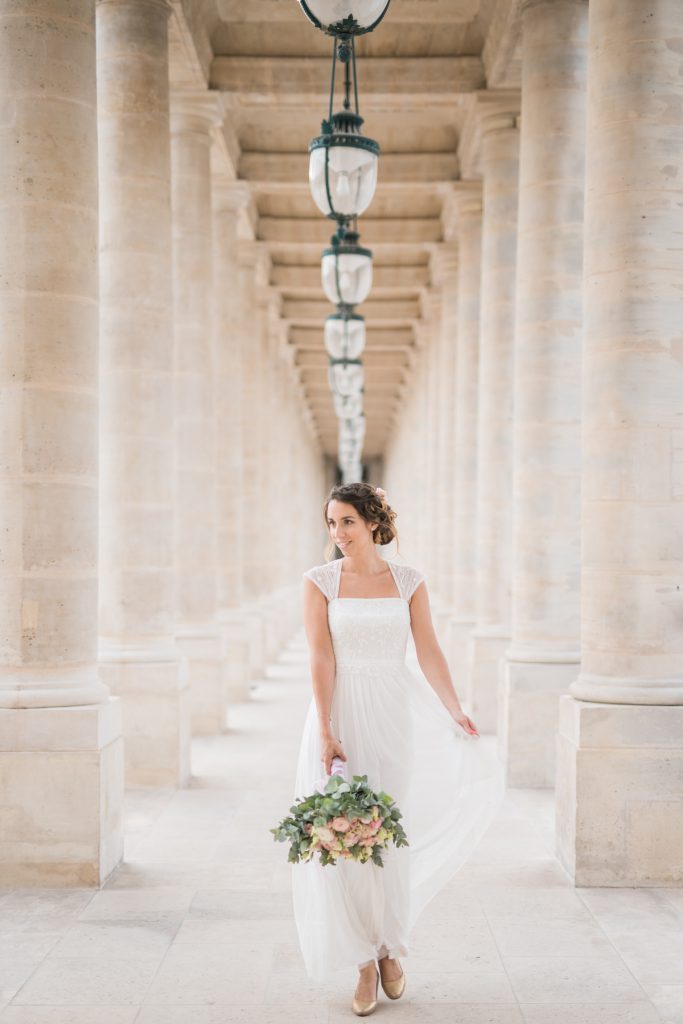 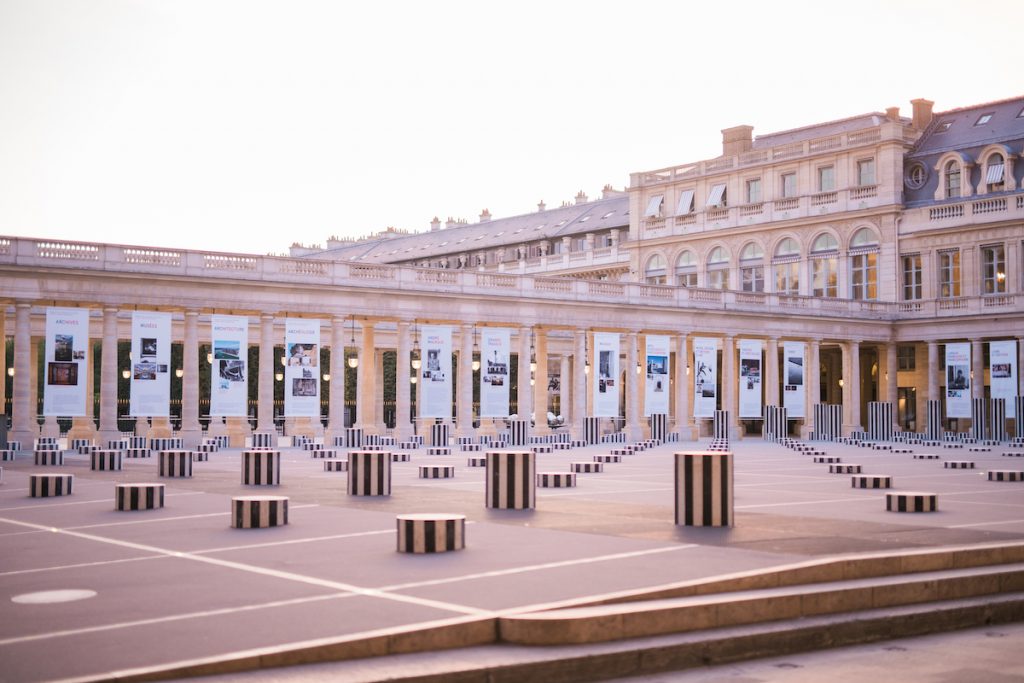 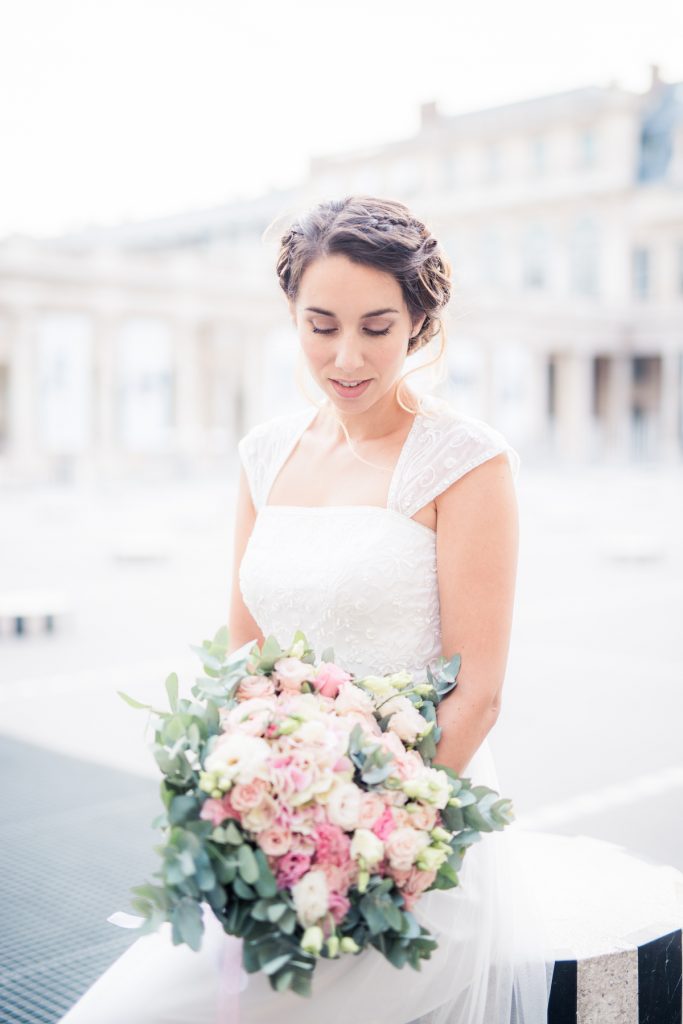 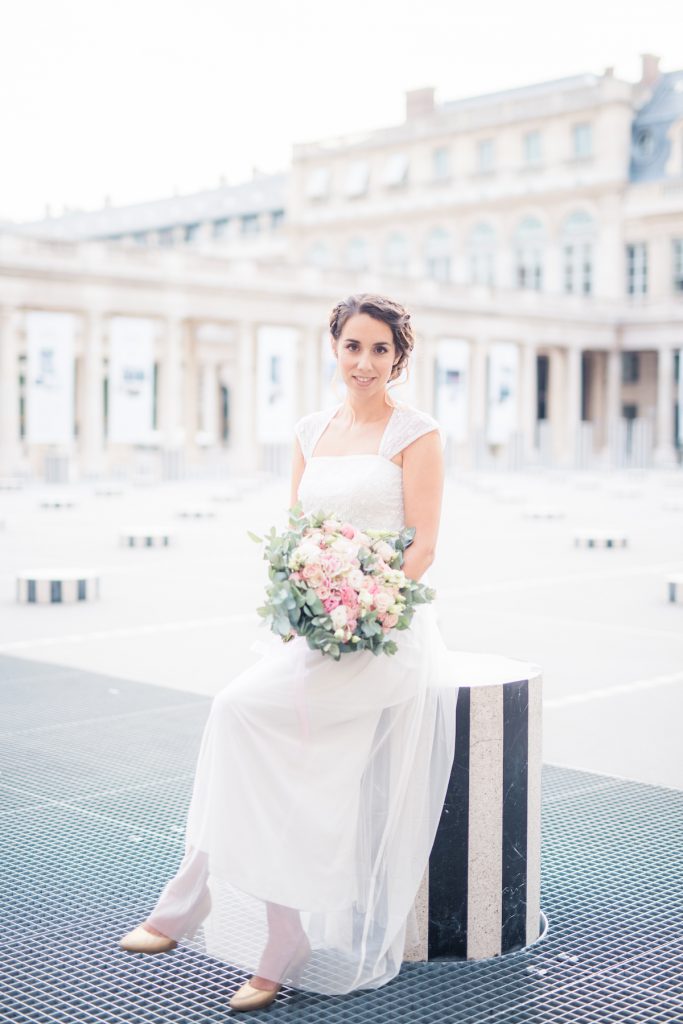 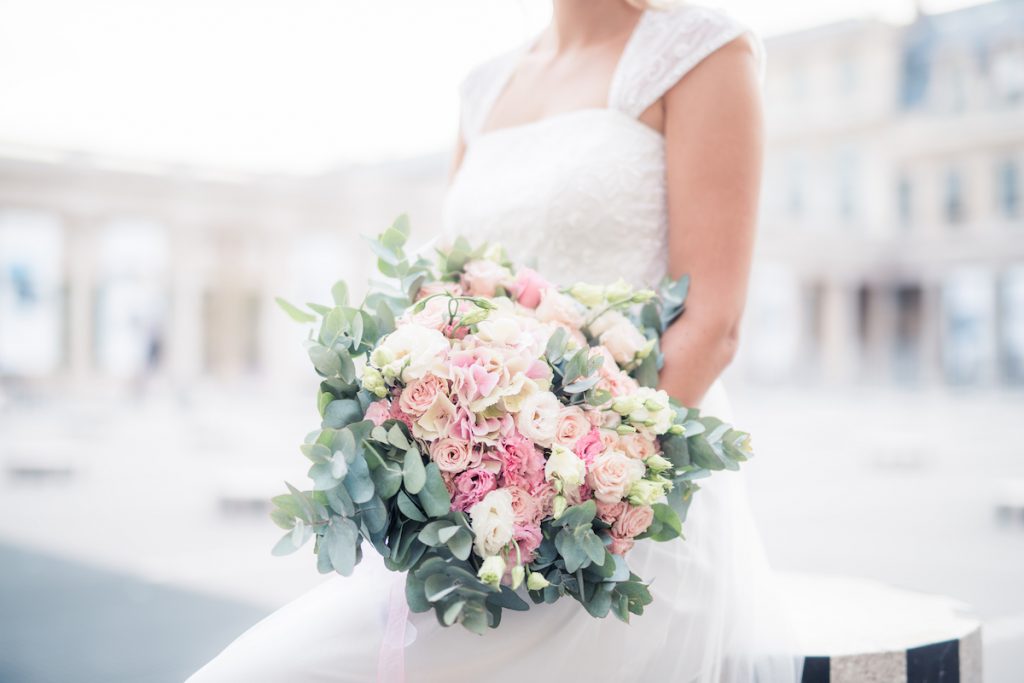 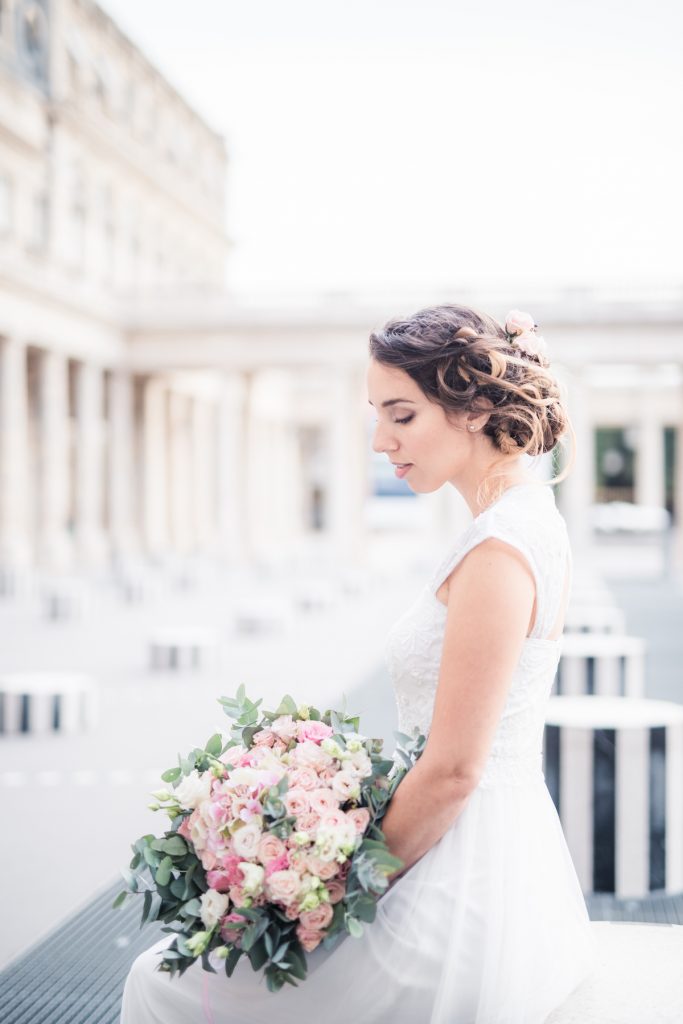 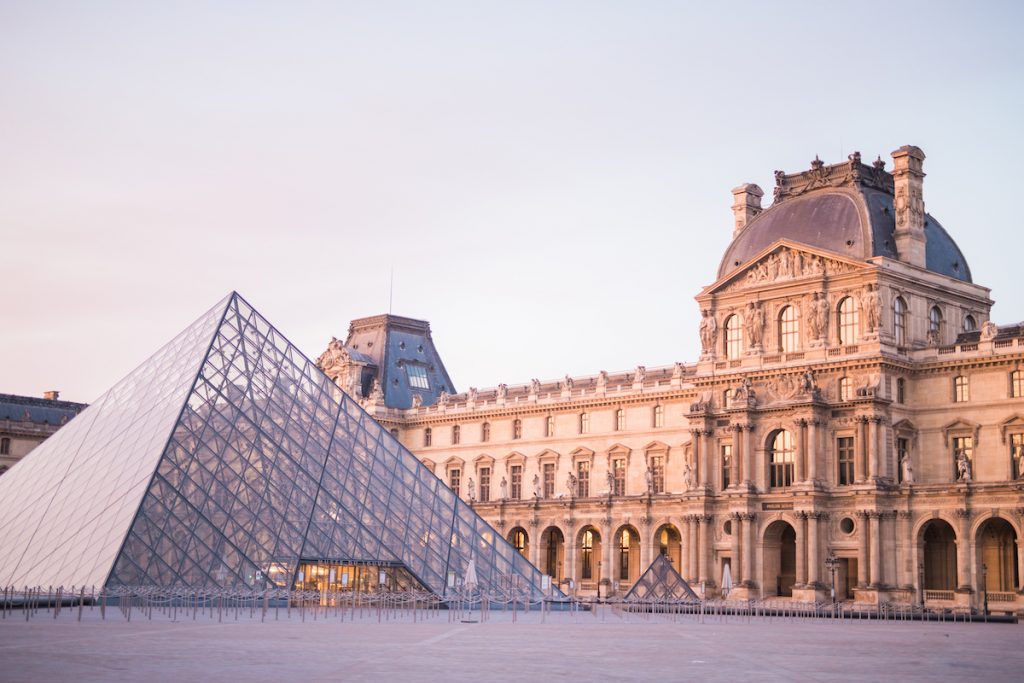 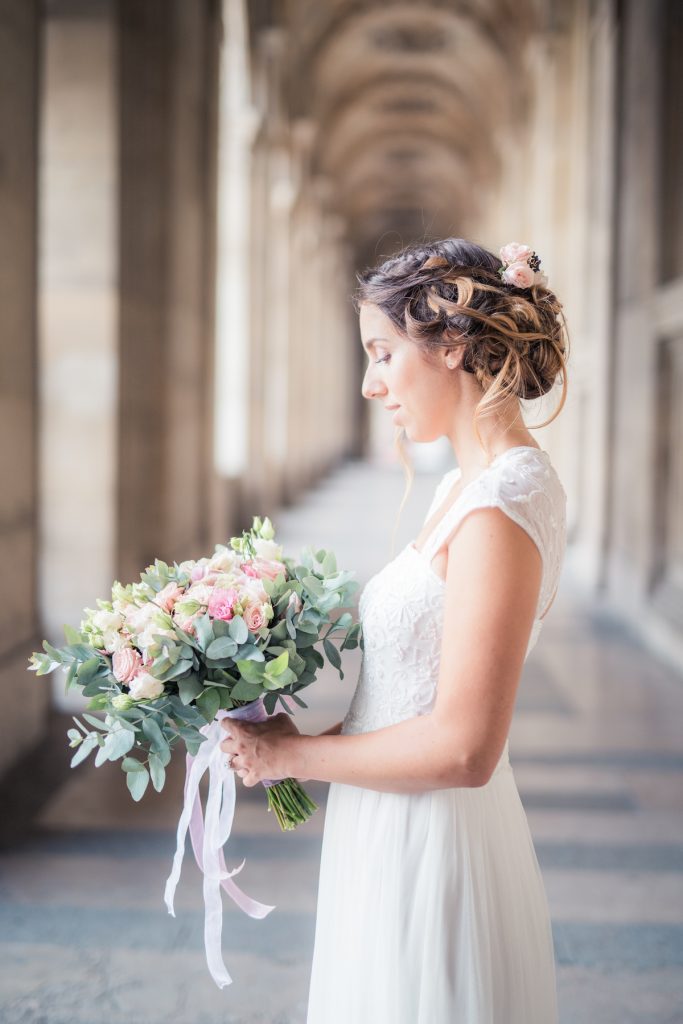 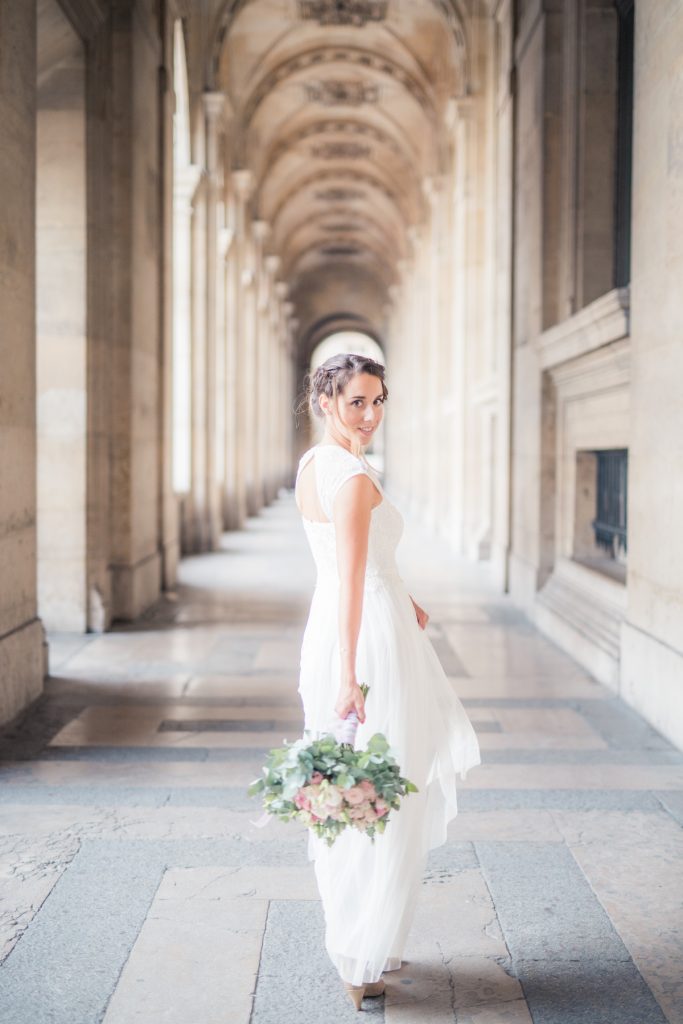 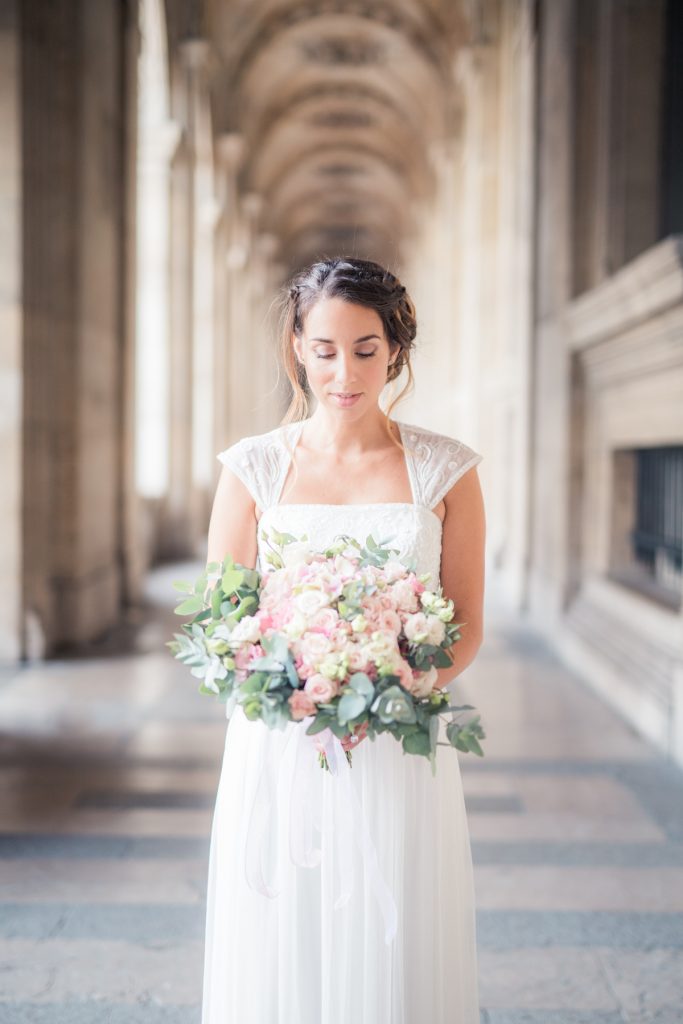 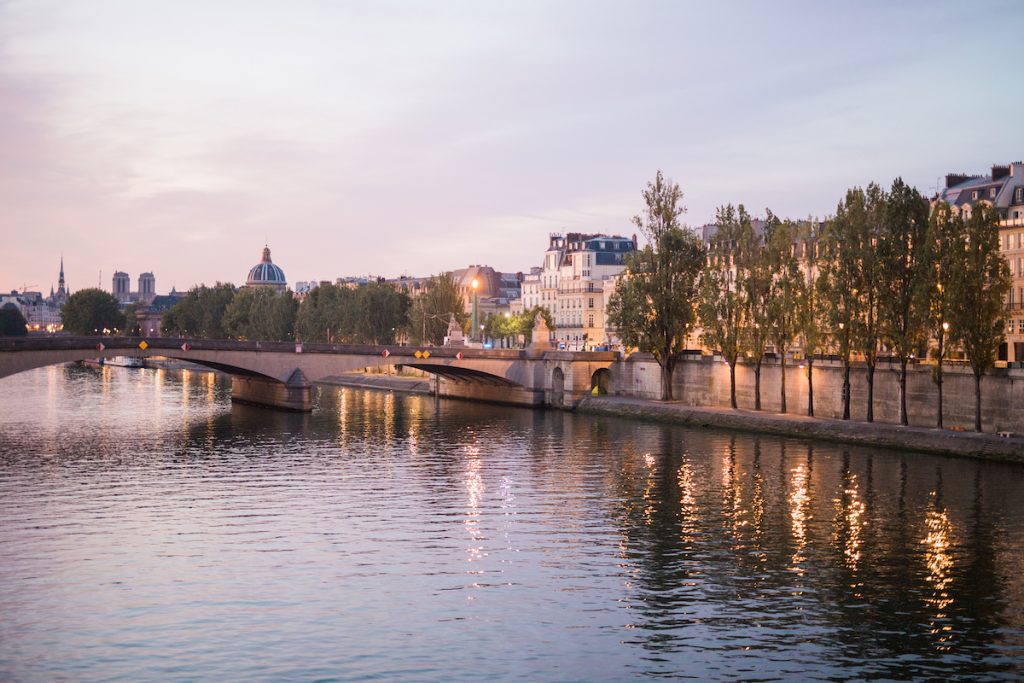 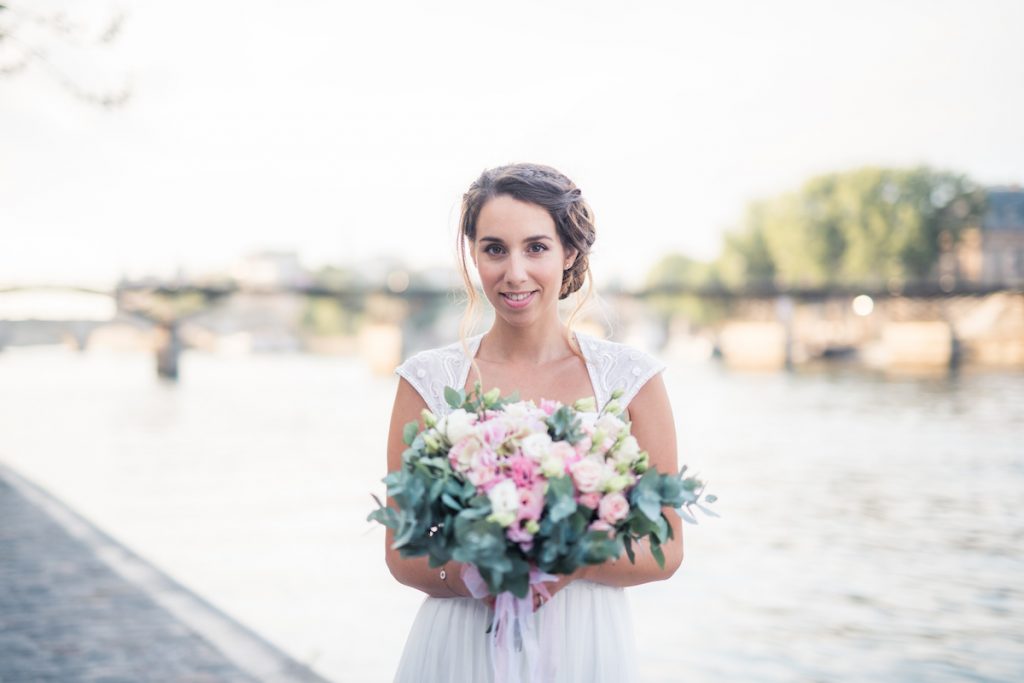 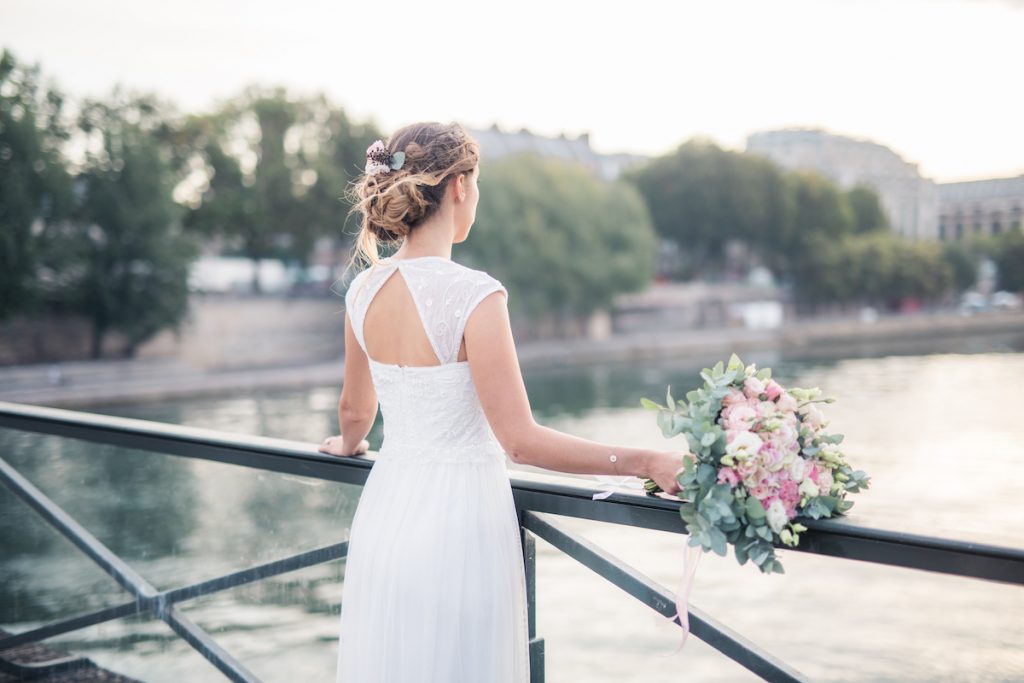 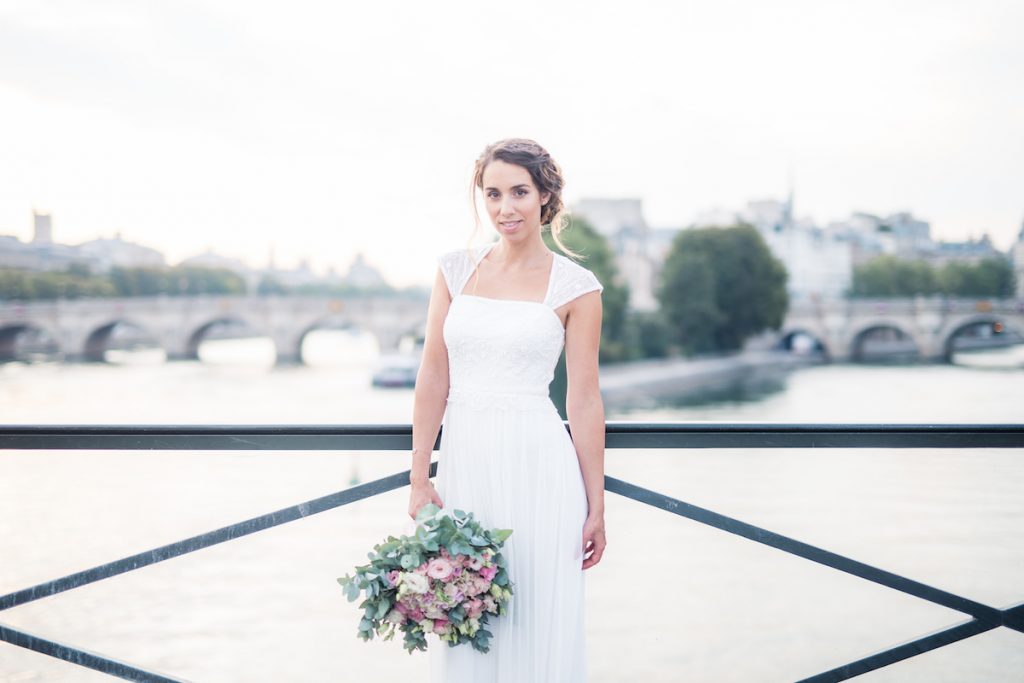 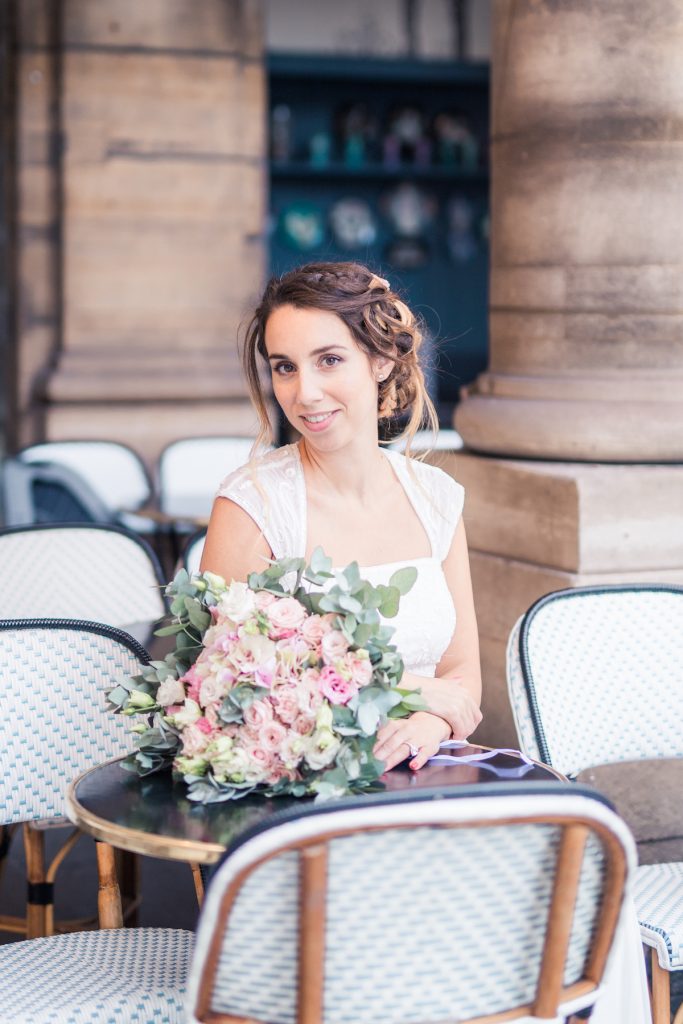 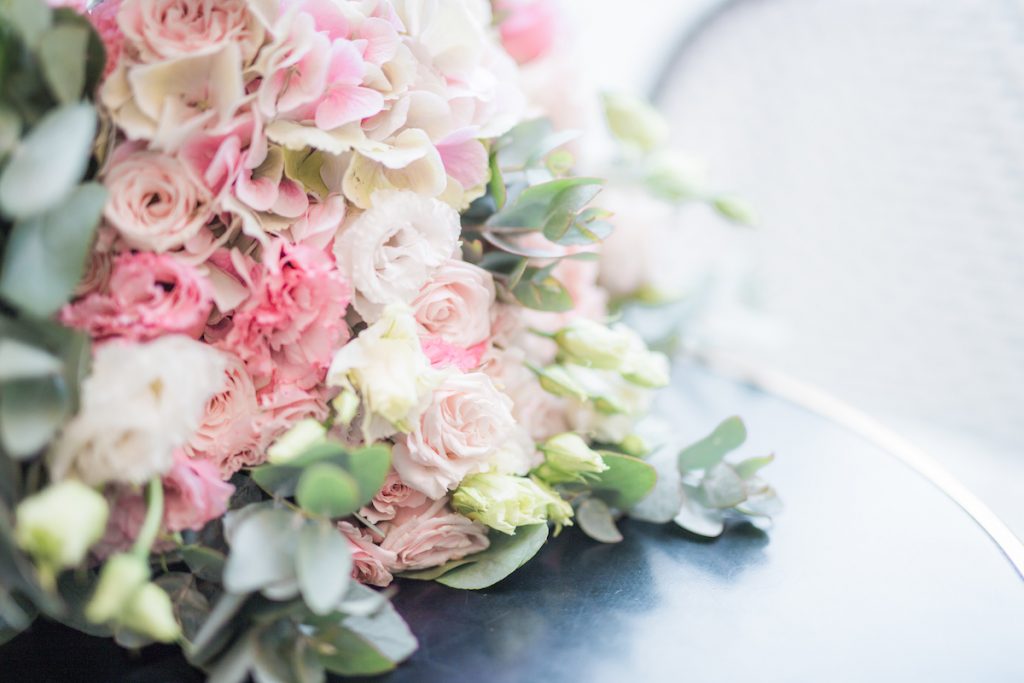 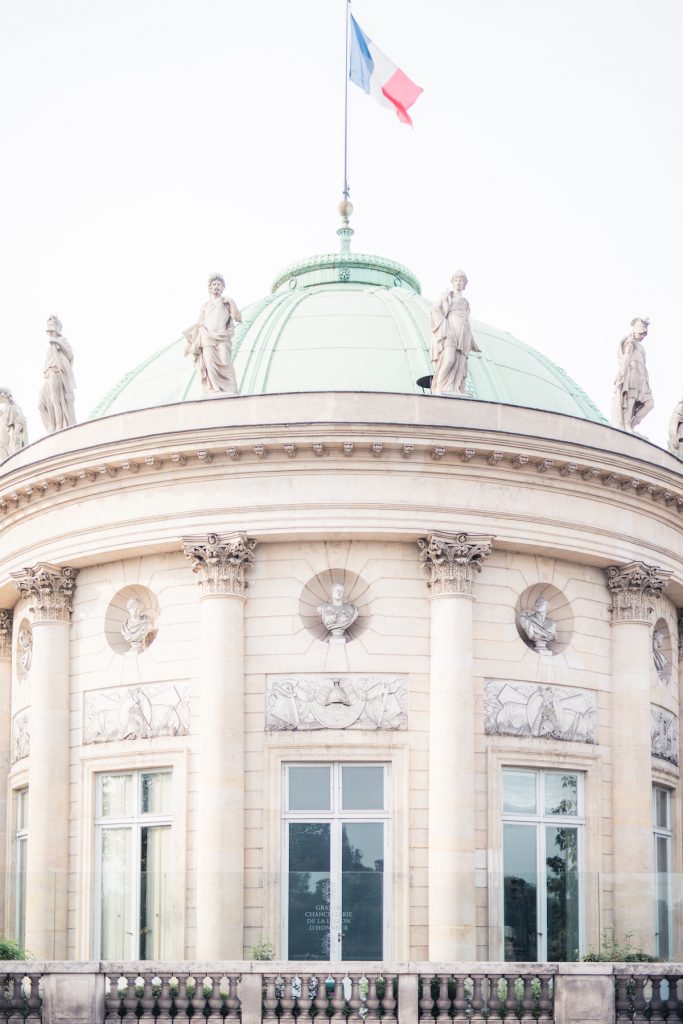